Black Cumin Seeds – What Is It and How to Use This Spice In The Kitchen? 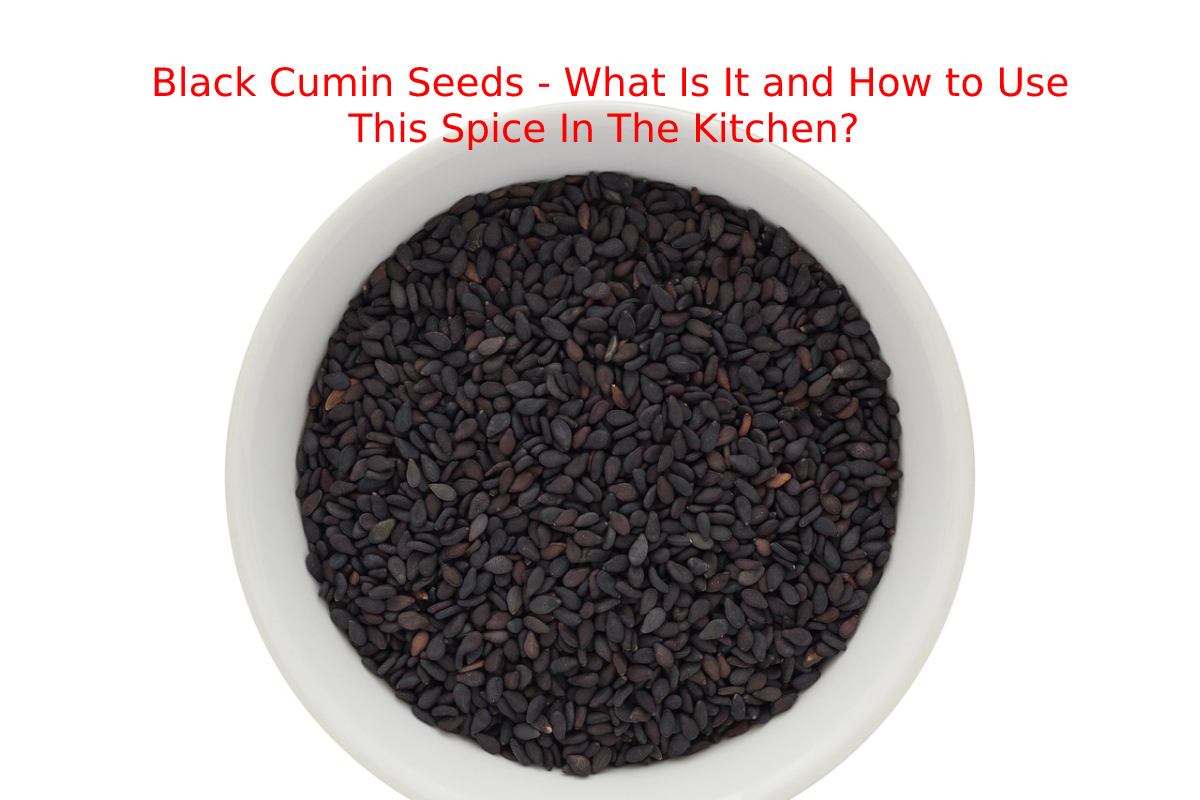 At first glance, it looks like black cumin seeds, but if we look closely at the nigella seeds, we will quickly see that their shape is very different and their flavor and aroma. Also called black cumin, black cumin, kalonji or Lalwani, nigella seeds. Are a prevalent ingredient in cuisines from the Middle East. India and some African countries on the Mediterranean coast.

They are the seeds of Nigella sativa, a herbaceous plant with a tall, straight stem and beautiful bluish-white flowers. The fruit, when ripe, presents a kind of dry capsule that contains the seeds themselves, which turn a dark colour, between grey and black. Although at first, it seems that they do not smell anything, they offer a very particular spicy flavor with a delicious crunchy touch to enrich a multitude of dishes.

An Ingredient Of Ancient Origin Also Used In Traditional Medicine

The exact origin of this plant and the use of its seed is not entirely clear, but it seems to date back at least to ancient Egyptian times, as archaeological evidence has been found in some burials. Native to Mediterranean regions, nigella grows and is cultivate mainly in Egypt, North Africa and Asian countries such as India.

It is already mention in the Old Testament. Furthermore, it is known that it has been use for traditional medicine in numerous cultures for centuries since healing and digestive properties were attribute to it.

But this black cumin stands out for its topping for traditional bread in India, Egypt or Morocco, often combined with white sesame or poppy. It also appears in aromatic spice mixtures, and the whole or ground seeds are use to enrich curries, vegetable dishes, legumes and a multitude of more or less spicy sauces.

Others should be add to the list of epithets we have already mentioned. Such as onion seeds, black fennel, Middle Eastern poppy seeds, charnushka, black caraway.

They are names that add confusion when defining this ingredient due to its apparent resemblance to. Other more common roots in international cuisine. But which deserves to be treat with its entity.

You have to sharpen your eyes a little or bring the magnifying glass closer to check that they have nothing to do with sesame or cumin. Instead, its dark colour has greyish shades, sometimes even bluish, and it has a very characteristic shape. It is a seed similar to tiny drops or pyramids, which, when crushed. Show a white interior and release their aromas.

What Does Blackberry Taste Like And How To Use It In The Kitchen?

Nigella seeds have a slightly spicy taste, rather pungent, with herbaceous, somewhat bitter notes reminiscent of a mixture of oregano and pepper. It does not overwhelm, but its aromatic profile is perceptible when chewed. And it offers a lot of play when combined with other spices or fresh herbs in the kitchen.

To enhance their flavor, they can be toast lightly before adding them to the dish. And it is also a good idea to crush them a little with a mortar to better release the aromas. Especially if you are looking to infuse a sauce or stew. Added directly, whole, they provide a crunchy touch and colour to salads, soups, vegetable creams, curries, rice pilafs, bread and other savory doughs.

They are a good substitute for the typical sesame seed dressing. Whose sweet taste is not always interesting in savory dishes. They can be ground to create aromatic blends with mustard seeds, cumin, fennel, paprika, cardamom or thyme.

It gains a lot in flavor as a dressing by enhancing its herbaceous and spicy notes with an acid. For example, fresh lime or lemon juice or zest. Coriander leaves or some vinegar. It is excellent to enrich vinaigrettes and salad dressings. To infuse olive oil or crown dishes based on eggs, avocado or yoghurt sauce and fresh cheeses.

These black cumin seeds can be purchase in specialize spice stores or specific Indian cuisine stores alone or as part of different mixtures. Like any other spice. They should be store in an airtight container, in a cool, dry place, away from sources of heat or strong odours.

Also Read: 9 Amla Juice Benefits That Will Make You Drink It

9 Amla Juice Benefits That Will Make You Drink It

Ten Natural Remedies to Take Care of the Body