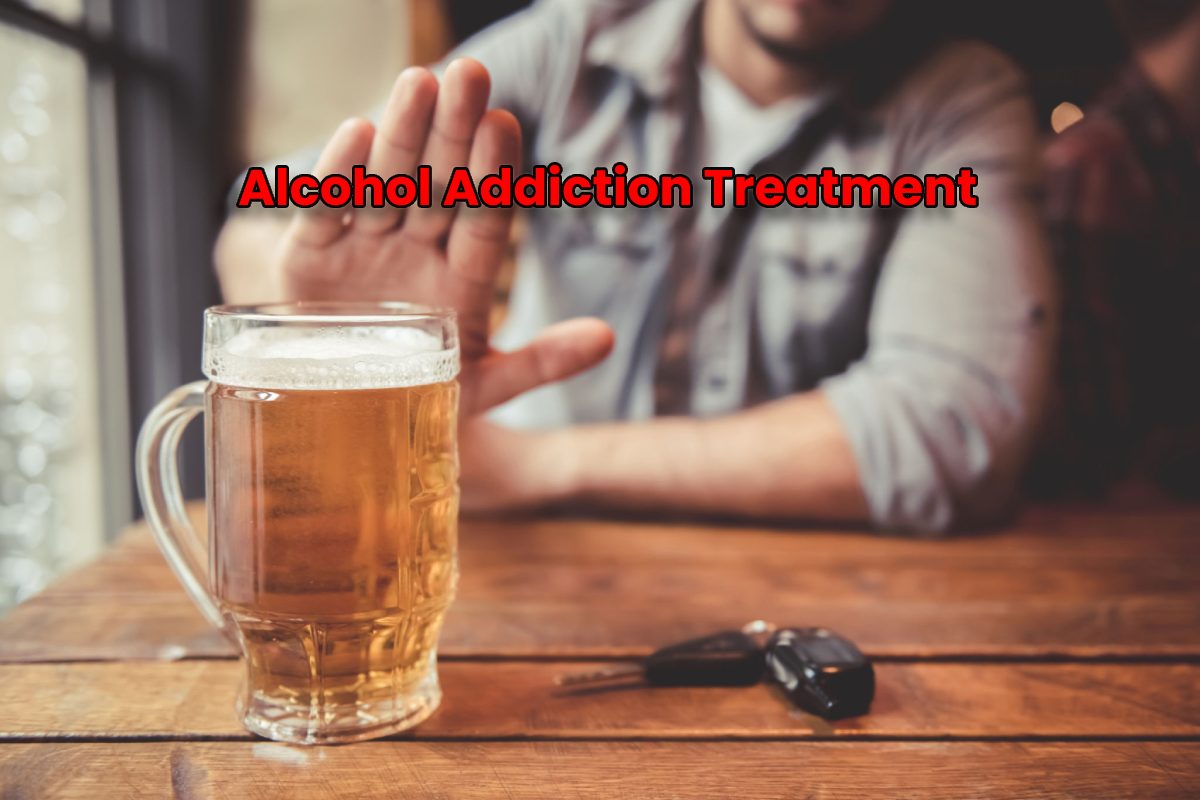 Alcohol Addiction Treatment: Alcohol is the most normalized drug that exists. It is legal, economical, available to anyone, and, given the great acceptance it enjoys in the social sphere, makes it better considered than others.

Accustomed to hearing the beneficial effects that alcohol has on the body, primarily supported by a sector of the scientific community, we forget that many people suffer negative consequences in their lives due to compulsive consumption of it.

According to the WHO, alcoholism is defined as a behavioural, cognitive, and physiological phenomenon that can appear after repeat alcohol consumption. These phenomena typically include an intense desire to consume alcohol, difficulty controlling consumption, persistence despite harmful consequences, higher consumption priority over other activities and obligations, increase tolerance to alcohol, and withdrawal symptoms.

What Does the World Health Organization say?

Most importantly The World Health Organization ( WHO ) currently calls alcoholism “alcohol dependence syndrome” and is include in chapter V of the International Classification of Diseases No. 10 (ICD-10).

Firstly, It defines this dependence as “a set of behavioral, cognitive and physiological phenomena that can appear after repeated alcohol consumption. These phenomena typically include intense desire to consume alcohol, difficulty in controlling consumption, persistence of consumption despite harmful consequences, higher priority of consumption over other activities and obligations, increased tolerance to alcohol, and withdrawal symptoms.

Moreover In this way, alcoholism is defined as an addiction in which two elements are combined; a physical need for alcohol and a mental obsession with it. Both come together in a compulsion that neutralizes control and underestimates the consequences. Alcoholism is a disease that cannot be stop by willpower alone. Despite being a progressive and incurable disease, like other chronic diseases, it can be stop if the appropriate means are put in place

Of all known drugs, alcohol is the one that causes the most damage to the body. Alcohol withdrawal syndrome, known as “delirium tremens” is one of the few that, along with that of barbiturates and methadone, can end a person’s life.

Why do we Consume Alcohol?

Well, practically, because our western society forces us to do it. A social event without alcohol is not acceptable. In few opportunities, alcohol is not use to celebrate, celebrate and reward. Similarly, alcohol is also use to alleviate upsets, depression, and conflict situations. We are all vulnerable to the effects of alcohol. Where there is use, there is abuse, and there are alcoholics

What kind of Person uses Alcohol?

They can be Divided into Three Categories:

It is the Person who does not give any importance to alcohol. He drinks occasionally and does not use alcohol for its effects or seek it out. Drinking is not a problem for him. He can enjoy a social event without ingesting any alcohol. does not seek to solve his physical, mental, or emotional needs through the consumption of alcohol. He never uses, in addition, any other type of drug, Alcohol Addiction Treatment.

Alcohol Addiction Treatment: This is to say, Person gives alcohol importance that it does not deserve. He uses alcohol as often as he can, looking for its effects. In addition uses alcohol to resolve his shyness, invert himself, or combat boredom. He was frequently intoxicate or intoxicate. It seeks to generate situations that allow or justify getting drunk. Every time he does it, he harms himself and his family or environment. He wastes money and makes terrible decisions in areas of his life. The abnormal, for him, has become routine.

Consequently You may have problems at work, family, finances, colleagues, justice, etc. If you have the genetic predisposition to be an alcoholic, your abuse is flagging the way for you to become an alcoholic.

An alcoholic is anyone who manifests a physical compulsion when using alcohol. When you start drinking alcohol, you cannot predict whether you will consume it according to your plans. Or if the compulsion will take over and he won’t be able to stop drinking. The alcoholic does not control alcohol. Alcohol Addiction Treatment ends up holding him.

Once the treatment is finish, abstinence has been achieve. The patient’s change has begun, and various services are provide focus on consolidating their recovery: In addition, it is recommend to avoid stimulants such as alcohol, as these can hurt your health. This is to say. We hope this article is very informative for you; keep supporting us. If any suggestions, please comment below

Fitness Tips & Tricks – This Makes it Easier to Train

Health and Fitness Tips: to Train Smarter and More Effectively