Fennel Tea: How does the Vegetable Work as a Medicinal Plant? 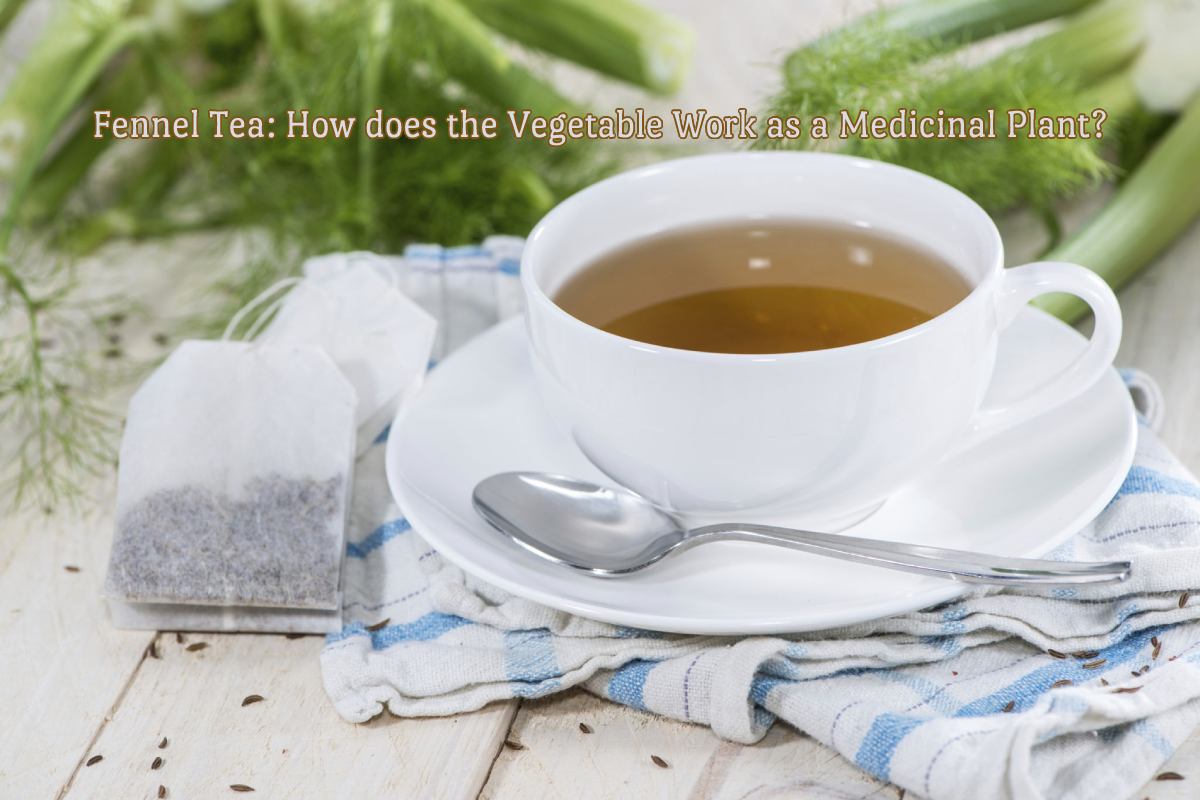 Fennel is versatile. As a tasty vegetable, a spice in the kitchen, or a medicinal plant that is particularly good for stomach aches. Fennel tea is even gentle enough to treat babies.

Fennel has always been a popular medicinal plant. The plant was already used in ancient times to heal eye ailments. Fennel is, therefore, probably one of the oldest remedies known to humanity. The fennel plant and its seeds contain many vitamins, minerals, bitter substances, and essential oils.

Fennel tea is particularly often recommend for indigestion. A fennel infusion activates the digestive tract and works against flatulence and abdominal cramps.

Which Complaints Does Fennel Tea Work Best Against?

Fennel is often tout as the panacea for abdominal pain or indigestion as a remedy. But there are other typical application areas for fennel, such as colds.

Fennel tea has a soothing effect on all kinds of digestive c, such as gastrointestinal problems, mild cramps, flatulence and bloated stomach, and a feeling of fullness. Fennel tea is recommend for pregnant women to treat heartburn.

Furthermore, fennel tea and fennel oil (used externally) can have an antispasmodic effect on menstrual pain. In addition, fennel tea’s has an expectorant effect and, especially in combination with honey, is beneficial for colds with a cough. Children like to be given fennel honey to relieve such ailments.

Hildegard von Binge probably also used fennel to awaken spirits and thus counteract despair and depression. In the Middle Ages, fennel, which was consider magical, was hung on doors on St. John’s Day to ward off evil spirits for the year.

Please don’t Overdo it: Fennel Tea as a Breastfeeding Tea

Fennel tea is exciting for breastfeeding mothers to support the formation of breast milk. Because fennel tea is one of the so-called breastfeeding teas, anise, nettle, and caraway tea, stimulate milk production. Since the active ingredients are then pass on to the infant via breast milk, the mother must not drink too much of it since the effective fennel in small doses can help against cramps and typical baby colic, but too much of a good thing can intensify them. More than three cups a day is usually not advisable. Mothers should therefore seek advice from their midwife or pediatrician. Sometimes diluted fennel tea is also recommend for babies, but only a teaspoon before a meal.

How Does Fennel Tea Work?

The substances in fennel have an antispasmodic, anti-inflammatory, digestive, and expectorant effect. Therefore, fennel tea is use against many ailments.

Fennel contains various ingredients like essential oils that make it practical for relieving ailments. The essential oil, which has a particularly expectorant effect and helps against a feeling of fullness, is contain in the fennel seeds.
This is made up of:
– anethole (about 80%): has an antibacterial, antifungal effect; sweetish, anise-like taste
– Fenchone: has an antispasmodic effect; tastes bitter

In addition to the healing oil, other substances are also include, such as flavonoids, antioxidants, and the estrogen-like substance straggle. Furthermore, fennel as a vegetable (leaf and tuber) is rich in fiber, vitamin C, vitamin A, and carotene. Roots, fruits or seeds, and flower heads are mainly use in herbal medicine.

If you want to prepare a fennel tea yourself, you should stick to the usual quantities on the package or the recommendation of the doctor or pharmacist. Recognized guides such as “The Large Encyclopedia of Medicinal Plants” by Andrew Chevalier provide application instructions. So Chevalier recommends as a recipe for using fennel tea against indigestion:
Brew 1 heaped teaspoon of fennel seeds with 750 ml of boiling water. Drink throughout the day.

If you want to use fennel oil as a remedy, you have to be careful not to apply it undiluted. The health portal Onmeda.de warns that you should first discuss this with the doctor treating you since there can be interactions with medication containing hormones (hormone replacement therapy or the pill). . Even those who are prone to allergies and are hypersensitive to umbellifers such as aniseed, dill, caraway, celery or coriander should stay away from fennel.

The content of this article is for info only and does not replace a diagnosis from a doctor. We regularly update tips about health and fitness for being Healthy and Fit. Please keep supporting us. Thank you.

The 5 Best Fitness Tips and Tricks

The Four Most Important Hormones for Muscle Building

How Fitbit Luxe Bands Fits you