How Green Tea Boosts your Memory 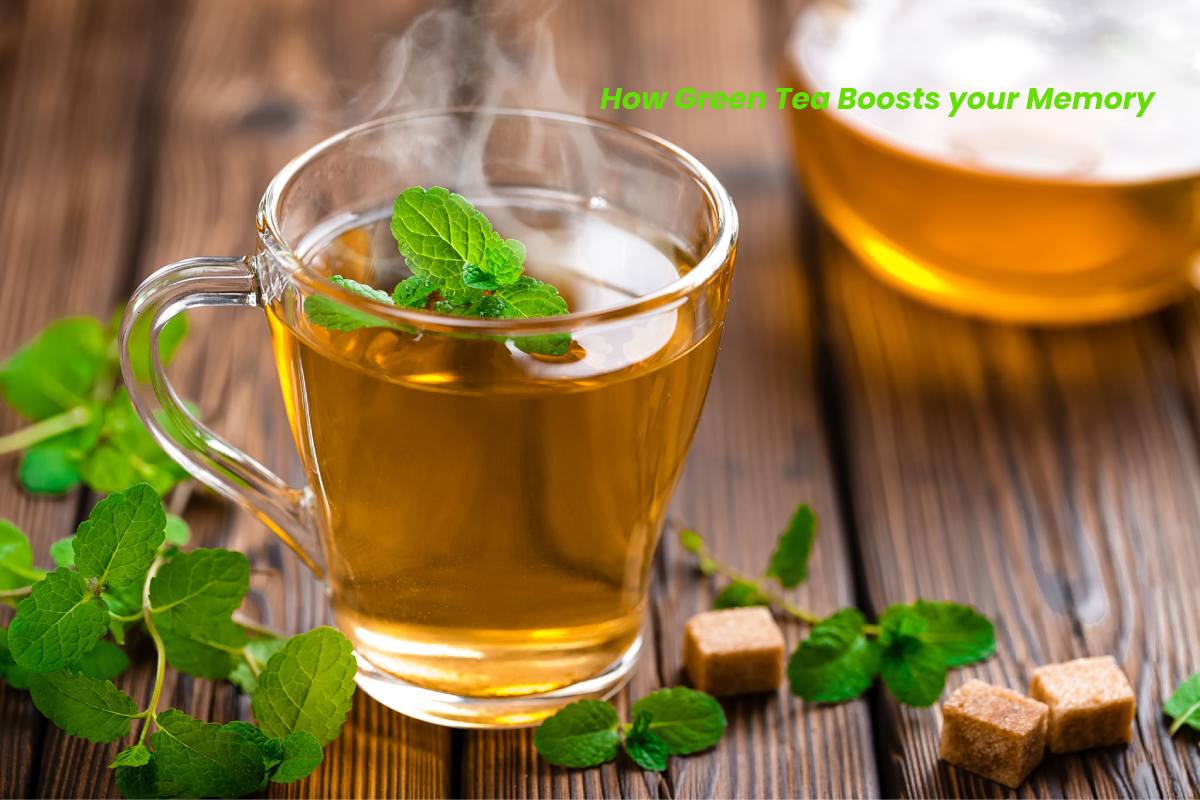 Green tea is considered a source of youth with seemingly infinite health potential, especially in Asia. Because the Japanese national drink is not only suitable for cancer prevention, purification, and cardiovascular solidifying, it also stimulates the production of new cells in the brain, which can improve your memory, make it easier to learn new things, and prevent or slow down the development of dementia. If you don’t like green tea, green tea extract can also be taken in capsule form.

Do you know that? After a cup of green tea, the head becomes completely clear. You can concentrate better, and mentally demanding tasks are much easier to complete. It’s no wonder since one of the main active ingredients in green tea — epigallocatechin gallate, or EGCG for short — can stimulate the formation of new nerve cells in the brain (neurogenesis), a study found back in 2012 ( 2 ).

Until well into the 1990s, it was believed that the formation of new nerve cells in the brain in adults was impossible. In the meantime, however, we know that nerve cells can also form again and again in adults – even in old age. It is, therefore, a lifelong ability of the brain. It is also refer to as neural plasticity, which means that the brain and its structures can change, evolve, and adapt as need, such as when you learn something new, be it mental (e.g., a language, game, or the theory of the sailing license) or of a physical nature (e.g., a new sport, a new exercise).

Green Tea for the Prevention and Treatment of Dementia

In the case of neurodegenerative diseases such as dementia or declining memory performance, neuronal plasticity and thus the formation of new nerve cells decreases. Suppose EGCG from green tea stimulates the construction of new nerve cells. In that case, the substance can be use to prevent and treat neurodegenerative diseases – this is the conclusion of various scientists, whose studies we present below.

EGCG from Green Tea for a Good Memory

The hippocampus is the part of the brain responsible for memory and learning. This is where information is transfer from short-term memory to long-term memory, so that you don’t forget what you’ve learn after a few days, and you can remember it instead. In the study mentioned above, Professor Yun Bai from the Chinese Third Military Medical University in Chongqing, for example, show that EGCG from green tea could promote neurogenesis in the hippocampus.

Mice who received EGCG from green tea learn much faster and had better spatial memory than a comparison group that did not receive EGCG.

EGCG from green tea not only promotes the formation of new nerve cells. The substance can also render the toxic protein deposits (plaques) typical of Alzheimer’s disease harmless – at least in laboratory tests with cells, as a study from 2010 already showed ( 3 ) ( 4 ).

Researchers led by Jan Bishkek from the Max Delbrück Center for Molecular Medicine in Berlin discover that the Alzheimer’s and Parkinson’s-typical protein deposits, which are so toxic to nerve cells and lead to their death, can be render harmless by the active ingredients in green tea.

If you gave EGCG to cells affect by the toxic deposits and then had a local metabolism, i.e., were significantly weakened. Thanks to EGCG, the stakes were convert into non-toxic deposits that the cells could now easily break down.

In 2014, Basel scientists working with Professors Christoph Beg linger and Stefan Burghardt published exciting research results in the journal  Psychopharmacology: They discovered that green tea extract could improve connectivity in the brain (the connections between nerve cells) and thus cognitive abilities.

The study participants were male volunteers who were given a soft drink with green tea extract before they were ask to solve tasks requiring working memory. The working memory absorbs information, stores it for a short time, and connects it – if necessary – with existing knowledge in the long-term memory.

With the help of MRI scans, the researchers were able to show that in the brains of those men who had received the green tea extract. Significantly higher connectivity between individual brain regions was recognizable. At the same time. The green tea men could solve the tasks better. So the green tea extract could support working memory. Precisely these properties could be helpful in the therapy of cognitive impairments in neurodegenerative diseases. Such as dementia – so the concluding sentence in the study summary ( 6 ).

Use all Active Ingredients from Green Tea!

In 2017, Beg linger and their team analyze 21 studies on green tea and the brain. Including four randomize controlled trials and 12 cross-over studies. In cross-over studies, the same participants receive both – the active substance and then the placebo preparation after a short break.

The analysis found that green tea reduced psychiatric symptoms, such as B. could alleviate anxiety and cognitive abilities. B. the memory or the ability to concentrate improve, and the brain functions. B. could activate the memory or the working memory. The researchers emphasize that these effects of green tea cannot be attribute to a specific active ingredient. But are the result of several substances from green tea that together have such a positive effect ( 7 ).

So it would not be suggest to take pure EGCG or pure L-Theanine capsules. Drinking organic green tea or taking high-quality extract capsules makes more sense.

Another analysis from 2018 also concluded that green tea or green tea powder. Could support and improve cognitive functions very well. Compared to the respective placebo group ( 8 ).

Thank you very much, your editors from the Top health fitness tips. Here you have the opportunity to leave a comment on our articles. We look forward to praise, but also to productive criticism. If you provide criticism, please also indicate the source/study you refer to.

How the Pomegranate can stop the Elderly Look

Top 7 – Tips for a Healthy and Fitness Life

Why is Online Running Different from Regular Running?