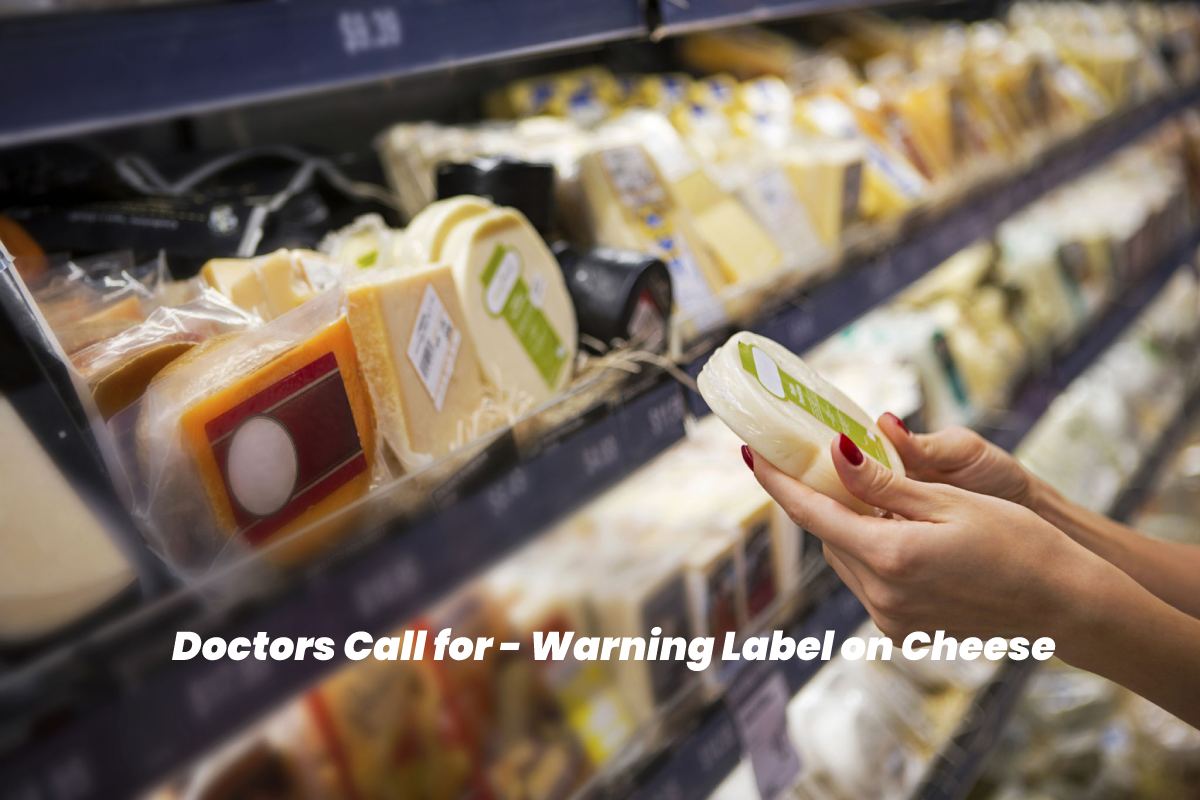 The American association “Medical Committee for Responsible Medicine” calls for a warning to appear on cheese in the future because studies have shown that women who eat a lot of cheese also have an increased risk of breast cancer.

Warning: Cheese Increases the Risk of Death from Breast Cancer

“Cheese contains sex hormones that can increase the risk of dying from breast cancer!” This warning should be placed on all cheese in the future. At least that’s what the Physicians Committee for Responsible Medicine (PCRM), a non-profit organization, calls for a membership list of 12,000 physicians and a further approx. 130,000 non-physicians.

The PCRM advocates, among other things, a new approach to medicine. Prevention instead of pills is the motto. If there are already diseases, the patient is shown how he can influence his health, such as diabetes, heart disease, obesity, and cancer.

Milk only contains traces of sex hormones (estrogens). In cheese, however, the hormone content is higher because one kilogram of Omental, for example, requires around 12 kilograms of milk. The hormones are therefore concentrate in the cheese. But even if these hormone amounts are still considered small, there is much evidence that they are active in the human body and can increase the risk of breast cancer.

The Risk of Death from Breast Cancer Increases by Cheese

For example, in May 2013 ( 1 ), a study was publish showing that women with breast cancer had a 49 percent higher risk of dying if they consumed more than one serving of dairy products (high-fat, e.g., cheese, ice cream, whole milk ) consumed (compare to those women who used to eat less than half a portion of the mentioned dairy products daily.

Another study on this topic was publish in February 2017. Funded by the National Cancer Institute, she compared the diets of women diagnosed with breast cancer to healthy women ( 2Trusted Source ). It was found that women who liked to eat cheese (cheddar or cream cheese double cream) had a 53 percent higher risk of developing breast cancer. The researchers involved wrote that the growth factors (IGF-1) and growth hormones contain in the milk were responsible for this.

“Cheesemakers should put warning labels on their products,” says Neal D. Barnard, author, clinical researcher. and founding president of the Physicians Committee for Responsible Medicine. Instead of the pink ribbon, as was the case with Philadelphia cheese. For example.” (The pink ribbon symbolizes solidarity with women affected by breast cancer.) we want women to know that eating cheese puts them at an increased risk of dying from breast cancer.”

The PCRM’s petition said: “To ensure that all Americans are aware of the potentially significant risk of eating cheese. (which also entails enormous costs to the healthcare system). The FDA should ensure that all cheese packaging displays a corresponding warning prominently. Is applies.” ( 3 )

According to the American English Cancer Society , more than 300,000 new breast cancer cases will be in the United States in 2020. More than 42,000 women will die from breast cancer – numbers that can potentially be reduce with simple means, e.g., B. with that warning on cheese and dairy products. However, the FDA ignored the Physicians’ Committee for Responsible Medicine’s petition, so on September 22, 2020, the FDA accordingly sued the FDA.

Instead, official U.S. dietary guidelines also recommend consuming three cups of dairy products, including cheese, per day. Which may increase the population’s risk of breast cancer, according to Susan Levin, a nutritionist with the Physicians Committee for Responsible Medicine.

The current U.S. dietary guidelines (from 2015) state that cancer is one of the leading causes of death in the USA and that a healthy diet can reduce the risk of cancer. However. If at the same time measures are recommend that have since been shown to promote cancer. Such as the consumption of three cups of milk products a day, then the Medical Committee believes that an update is urgently need.

The official recommendation for such high dairy consumption becomes particularly problematic and implausible. When it is reveal that the members of the U.S. Dietary Guidelines Advisory Committee may have strong ties to the dairy industry (they are often dominants by the dairy, egg, and meat industries). Because so far, corresponding conflicts of interest have not been disclose.

However, since the U.S. Department of Health and Human Services is require to make such disclosures. The Physicians’ Committee for Responsible Medicine’s lawsuit also includes a request that. Conflicts of interest and financial “sponsorship” for members of the Advisory Committee be made public.

Campaign of the PCRM to Fight Breast Cancer

Hormone amounts are still consider small; there is much evidence that they are active in the human body and can increase the risk of breast cancer. We hope this article is very informative for you, and learn how to be safe from it. Thank you from Top Health Fitness Tips.

Top 7 – Tips for a Healthy and Fitness Life

What are Platelet Rich Plasma Injections?

9 Amla Juice Benefits That Will Make You Drink It

What Causes Chest Pain That Comes And Goes? –  Causes, And More