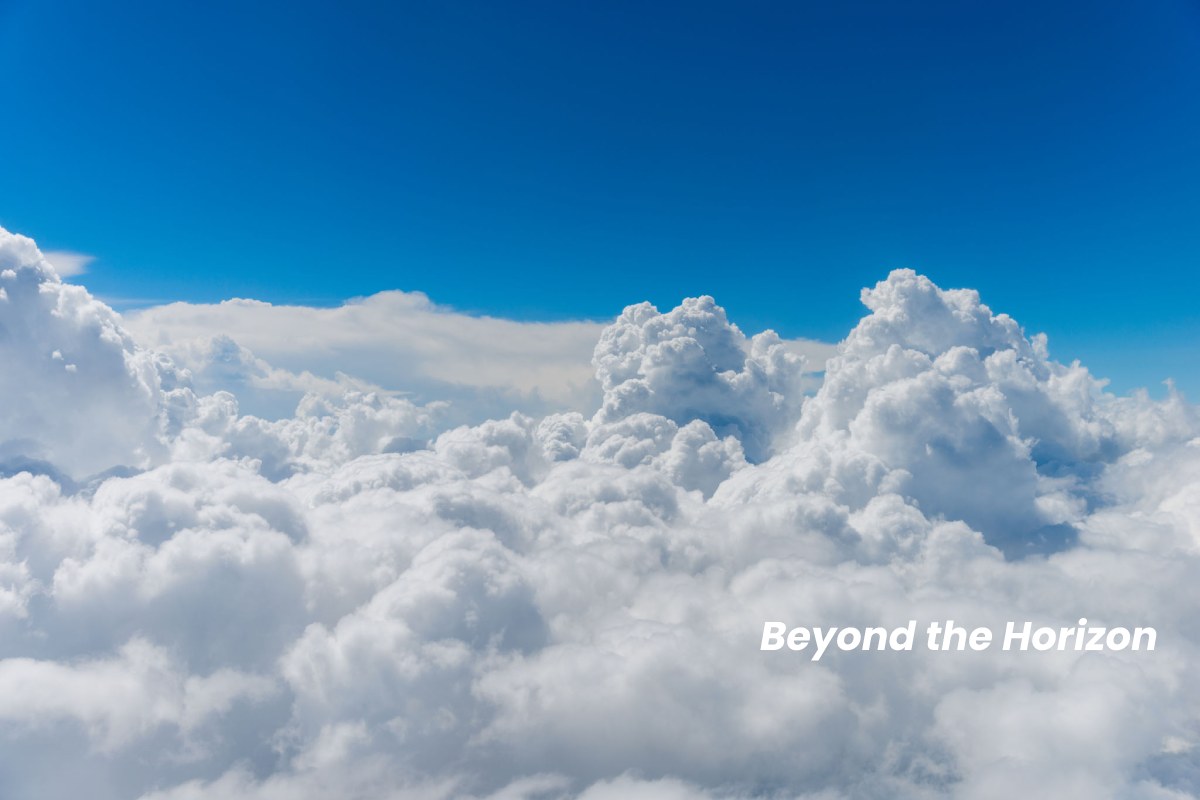 Beyond the Horizon: There is much to suggest that there is life after death – but there is also life before the end.

Is there life after death, a consciousness that is not bound to matter, space, and time, immortal? According to reports of near-death experiences, life does not end when our body dies. Esoteric gossip, say some, is a radical new beginning, others believe. It is important to remember that ignoring the spiritual dimension of life plays into the hands of those who know how to enrich our fear and sense of our irrelevance.

Help, we’re getting older! Statistically, men in Germany live to be 79 and women to be 84 today. Even if the life expectancy curve is already declining again, many of us can expect a long life. But what do we do with all this time? When children and grandchildren grow up, the stamp collection is complete, and cruises become environmental ignoramuses? What do we do when our circles become ever narrower, and we are thrown more and more back on ourselves when death approaches the question of who we were?

Instead of fleeing into oblivion, we can now comfortably make a cup of tea and think about it. What has happened there? How was it all really in my life? Did I live what I wanted? Have I acted according to my values ​​and ideas? Have I lived my wishes and dreams? In the face of the approaching hour of truth, we can now be completely honest with ourselves to embark on the incredible journey with as light luggage as possible.

It doesn’t seem to be over with our last breath. The people who have had near-death experiences and report about them bear witness to this: Something happens after we leave our bodies. There are now so many people who have looked behind the curtain, so to speak, that you can’t wipe their stories off the table with a brief movement of the hand.

In dying, something happens that previously seemed impossible in life: in all cultures, all age groups, all faiths, whether atheist or deeply religious, everyone is fundamentally in agreement. All report similar experiences: the rising consciousness, the view of the scene of death, the tunnel with the light at the end, the benevolent reception, the indescribable colors, shapes, and sounds, finally living through and empathizing with what others felt through our work have, and the question: What have you made of your life? were you happy

After such an experience, most do not want to return to this world. The return is perceived as brutal and painful. Yet, for fear of being declared insane, many today dare not speak about experiences for which the rational mind has its explanations: near-death experiences are nothing more than hallucinations of an agonizing brain, a final grace bestowed on us before the light goes out.

Neurosurgeon Eben Alexander sees it differently. After severe meningitis, he went into a coma for seven days and experienced what had previously seemed unthinkable (1). It is known that coma patients can perceive what is happening around them. But Eben Alexander’s experience goes further. He provides scientific evidence that our consciousness is not tied to the brain and — detached from our material shell — continues to exist after we die. He returns with the certainty that we are all immortal and part of universal consciousness.

Like everything that does not correspond to the materialist-capitalist world view, the encyclopedia Wikipedia, which has risen to a monopoly, also devalues ​​the work of Eben Alexander as pseudoscientific. Because where would we get if we started to cultivate our consciousness? What would happen if we stopped believing that once our body died, it was all over? Would we then continue to consume carelessly? If we assume that what we do to others, we will one day have to live through ourselves, would we so recklessly cause suffering to other living beings?

If people began to be interested in their bodies and consumption and their souls, our civilization would change fundamentally. Our entire economic system would collapse. So it is only understandable that everything is tried to convince us of the non-existence of the spiritual world.

Soul, universal consciousness, life after death — all esoteric nonsense. Our world is made of steel and concrete. There is little room for the subtle, the flowing, the poetic. It’s about something tangible, business, and profitable: rigorous logic and cool calculation, keen intellect, and ruthless hardness rule in our world.

The next time we smile snidely at the subject of life after death and close our minds to the existence of the immaterial, we should ask ourselves what powers we are playing into the hands. Everything that keeps us vain and limited makes us docile. We’re worth nothing, a speck of dust in the desert thrown out into a mindless, hostile world where the strongest, the loudest, and the smartest have all rights. We only find solace in our insignificance in consuming the blatantly offered goods and services of international giants.

Both extremes result in one thing above all: the disregard and destruction of life. While we stigmatize the other side as blind fanatics, we consider ourselves enlightened. So we are potentially ready for anything, like those who let themselves be martyred at the prospect of 72 virgins. We are not caught with any superstitions and sects! However, we don’t notice that with our rejection of the energetic, spiritual dimension of being, we are supporting a movement that now resembles a medieval inquisition, as is evident in the current homeopathy bashing.

Only he becomes free, who gives himself a choice and opens up all possibilities without reservations. He does not exclude anything a priori; allows questions and listens to what those who think differently say. He leaves the hell of his self-induce confinement. experiences the deep joy that it means to care for his body like a garden in which a free spirit is allowed to dwell.

Inviting the spiritual dimension into one’s life does not mean running after every passing guru, but on the contrary, escaping the clutches of the manipulators who know how to take advantage of our perceived insignificance. We get in touch with the essential in us, the part in us in which we are entirely sober. Here we learn that we, a speck of dust in the desert, are tiny and unimaginably large.

We realize that we are more than our material body and that behind everything, there is a guiding spirit. Here we are not doomed to loneliness and insignificance. Here we are connect to everything. Life has meaning here. As part of overall consciousness, we contribute to how the whole develops.

And so opening up to the spiritual dimension of life is not escaping the world, not a back door for wimps who don’t have enough guts to face nothing, not a canon that one only has to pray to achieve bliss. It takes courage to tread the slippery slope, where certainties no longer exist, where everything is in limbo.

If you dare, you lose your fear. He can look when confronted with his finiteness. He no longer excludes death from his life and is interested in what happens when we leave our bodies. Even if only a few people in our civilization deal with it: There are enough sources that we can use for information.

Even though I find it difficult to imagine having the presence of mind to turn on my side and pinch my right nostril to allow the spirit to exit freely, as recommended in Tibetan Buddhism, in the ideal dying, this ancient knowledge helps me to integrate death into my life as something usual, even welcome. The more Ideal with the subject, the minor end appears to me as something separate. On the contrary, it shows me how much life is connect.

About a death, we all become the same. No matter what we leave behind in life: Here we are all naked. With the end of a cycle, we experience the beginning of a new process. However, our particular faith imagines it to be paradise, a school of life, or an erased tablet. And so we can die in peace. We need not fear death when it embraces us in its arms. Because there is one thing that those who have walked this path do not report: hell.

The place of eternal damnation is nothing more than an invention of those who know how to trade with our fear. Neither we will stew in it nor those we wish there. In this way, we can all get down to taking our lives fully into our own hands and enjoying them, conscious of our limitations and size and the resulting responsibility.

We hope you find this article informative. We look forward to praising but also to constructive criticism. If you provide criticism, please also indicate the source/study you refer to. Many thanks to your editors from Top Health Fitness Tips.

How the Pomegranate can stop the Elderly Look